Jan. 06 The Theophany of Our Lord, God, and Savior Jesus Christ 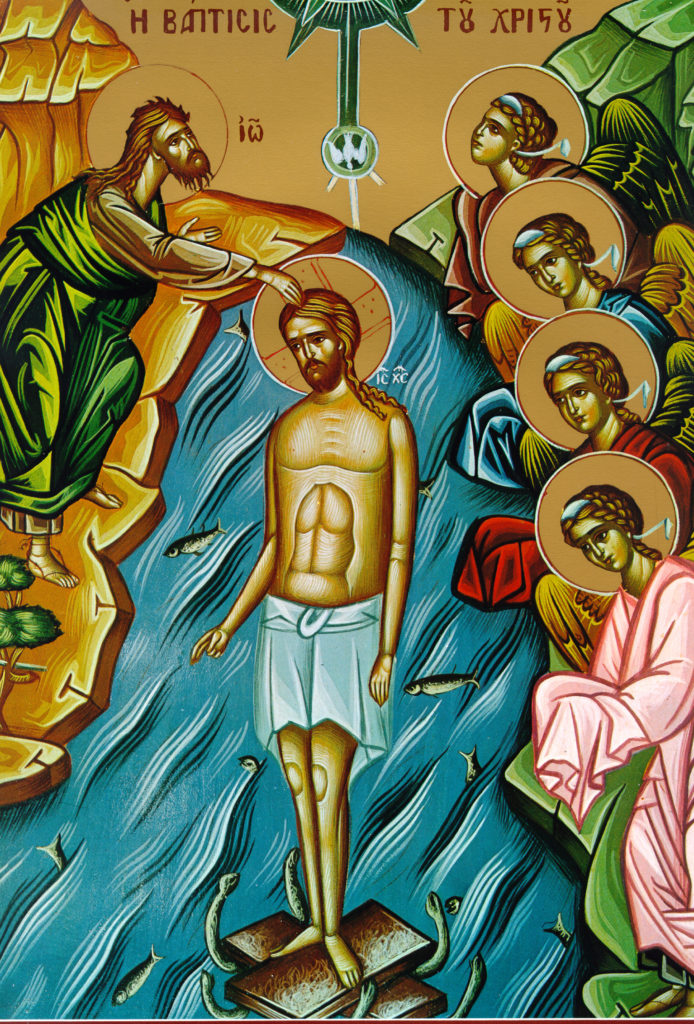 The Theophany of Our Lord, God, and Savior Jesus Christ. Since the second century, the Church has celebrated the Baptism of Christ in the Jordan River for our sanctification.

At your baptism in the Jordan, O Lord, worship of the Trinity was revealed; for the Father’s voice bore witness to You, calling You His beloved Son, and the Spirit in the form of a dove confirmed the truth of these words. O Christ God, You appeared and enlightened the world. Glory to You!

You have revealed yourself to the world today; and Your light, O Lord, has set its seal on us. We recognize You and exclaim to You: You have come and revealed Yourself, O Unapproachable Light.

Titus my son: The grace of God has appeared, offering salvation to all men. It trains us to reject godless ways and worldly desires, and live temperately, justly, and devoutly in this age as we await our blessed hope, the appearing of the glory of the great God and of our Savior Christ Jesus. It was he who sacrificing himself for us, to redeem us from all unrighteousness and to cleanse for himself a people of his own, eager to do what is right.

There are the things you are to say. Make our appeals and corrections with the authority of command. Let no one look down on you.

But when the kindness and love of God our Savior appeared, he saved us; not because of any righteous deeds we had done, but because of his mercy. He saved us through baptism of new birth and renewal by the Holy Spirit. This Spirit he lavished on us through Jesus Christ our Savior, that we might be justified by his grace and become heirs in hope of eternal life.

At that time, Jesus came from Galilee and appeared before John at the Jordan to be baptized by him. John tried to refuse him with the protest, “I should be baptized by you, yet you come to me!” Jesus answered: “Give in for now. We must do this if we would fulfill all of God’s demands.” So John gave in. After Jesus was baptized, he came directly out of the water. Suddenly the sky opened and he saw the Spirit of God descend like a dove and hover over him. With that, a voice from the heavens said: “This is my beloved Son. My favor rests on him.”