Jan. 25 Our Father among the saints Gregory the Theologian, Archbishop of Constantinople 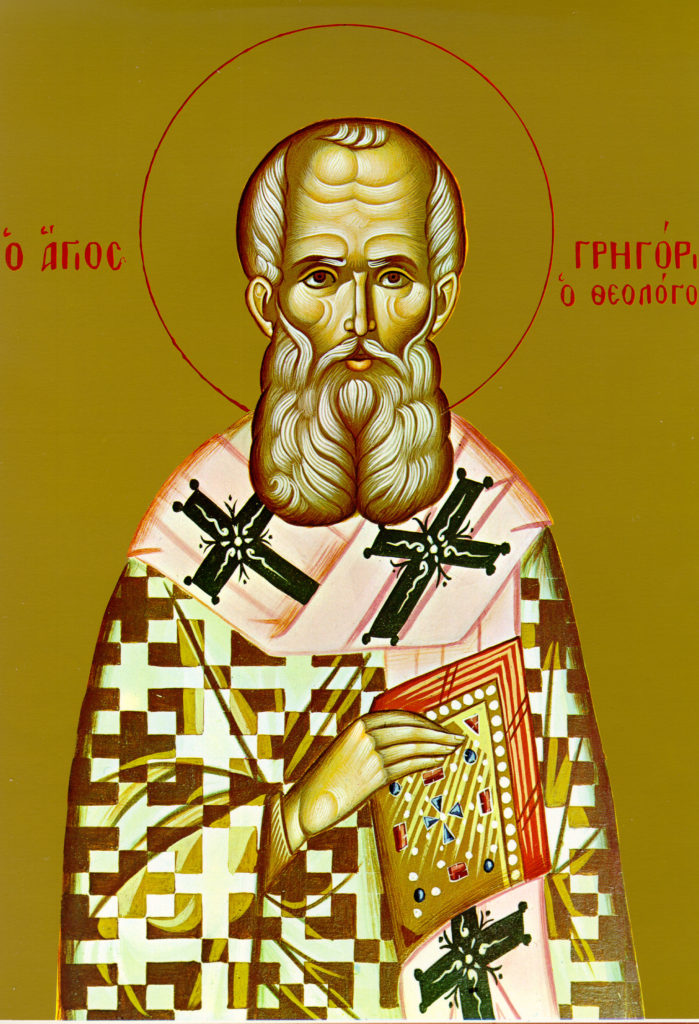 The sweet melody of your theological teachings has overcome the noisy blasts of orators. For God has granted you the power of penetrating spiritual depths and the gift of brilliant literary talent. Gregory, our father, intercede with Christ our God that He may save our souls.

Brothers and sisters: To each person the manifestation of the Spirit is given for the common good. To one the Spirit gives wisdom in discourse, to another the power to express knowledge. Through the Spirit one receives faith; by the same Spirit another is given the gift of healing, and still another miraculous powers. Prophecy is given to one; to another power to distinguish one spirit from another. One receives the gift of tongues, another that of interpreting the tongues. But it is one and the same Spirit who produces all these gifts, distributing them to each as he wills.

The Lord said: “I am the gate. Whoever enters through me will be safe. He will go in and out, and find pasture. The thief comes only to steal and slaughter and destroy. I came that they might have life and have it to the full. I am the good shepherd; the good shepherd lays down his own life for the sheep. The hired hand– who is no shepherd now owner of the sheep– catches sight of the wolf coming and runs away, leaving the sheep to be snatched and scattered by the wolf. That is because he works for pay; he has no concern for the sheep. I am the good shepherd. I know my sheep and my sheep know me in the same way that the Father knows me and I know the Father; for these sheep I will give my life. I have other sheep that do not belong to this fold. I must lead them, too, and they shall hear my voice. There shall be one flock then, one shepherd.”

Brothers and sisters, not many of you should become teachers; you should realize that those of us who do so will be called to the stricter account. All of us fall short in many respects. If a person is without fault in speech he is a man in the fullest sense, because he can control his entire body. When we put bits into the mouths of horses to make them obey us, guide the rest of their bodies. It is the same with ships: however large they are, and despite the fact that they are driven by fierce winds, they are directed by very small rudders on whatever course the streerman’s impulse may select. The tongue is something like that. It is a small member, yet it makes great pretensions.

See how tiny the spark is that sets a huge forest ablaze! The tongue is such a flame. It exists among our members as a whole universe of malice. The tongue defiles the entire body. Its flames encircle our course from birth, and its fire is kindled by hell. Every form of life, four-footed or winged, crawling or swimming, can be tamed, and has been tamed, by mankind; the tongue no man can tame. It is a restless evil, full of deadly poison. We use it to say, “Praised be the Lord and Father”; then we use it to curse men, though they are made in the likeness of God. Blessing and curse come out of the same mouth. This ought not to be, my brothers and sisters!