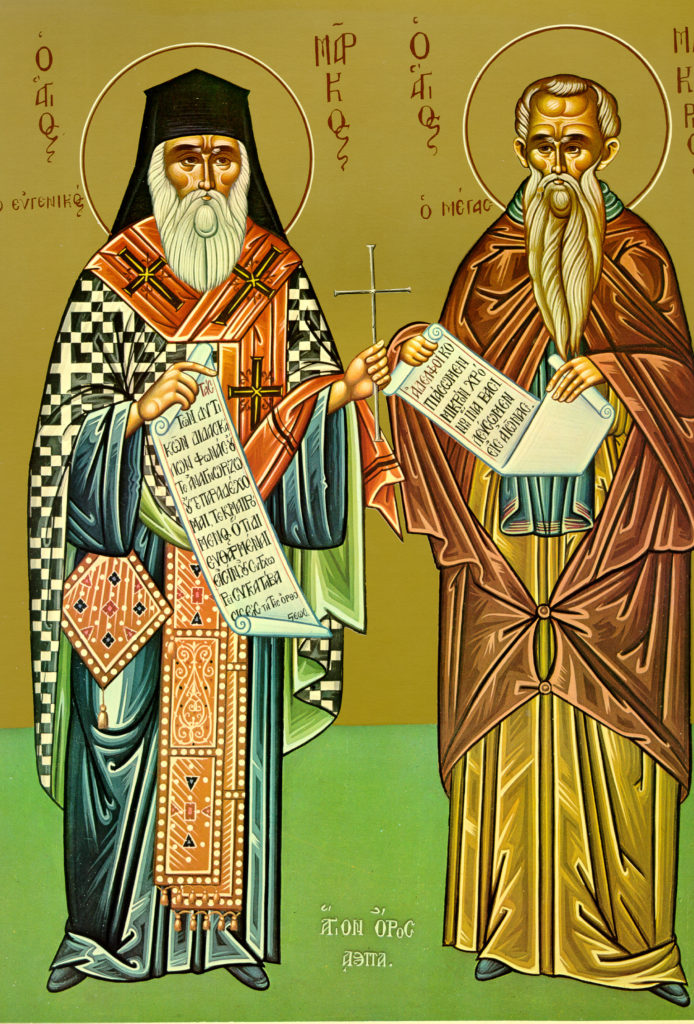 St. Macarius the Great of Egypt was born in the early fourth century in the village of Ptinapor in Egypt. At the wish of his parents he entered into marriage, but was soon widowed. After he buried his wife, he withdrew to the wilderness. He spent sixty years in labor and struggle, both inwardly and outwardly, for the Kingdom of Heaven. So much did he succeed in cleansing his mind of evil thoughts and his heart of evil desires, that God bestowed upon him the abundant gift of miracle-working, so that he even raised the dead from the graves. Macarius often told his disciple, Paphnutius: “Do not judge anyone, and you will be saved.” Before his death at age ninety-seven, Macarius was visited by St. Anthony and St. Pachomius who told him he would die in nine days, and so it came to pass.

You made the wilderness your dwelling, O father Macarius, the bearer of God. You became an angel in the flesh and a wonderworker. Through fasts, vigils, and prayers, you obtained from God special graces to heal the sick and to sanctify the souls of those who come to you with trust. Glory to the One who gave you strength! Glory to the One who crowned you! Glory to the One who through your intercession grants healing to all!

You ended your life among those who imitate martyrdom, and you have inherited the land of the meek, O father. You filled the desert with people like a city, and God gave to you the grace to work wonders. Therefore, we come to venerate you, O Macarius.

Be patient, therefore, my brothers and sisters, until the coming of the Lord. See how the farmer awaits the precious yield of the soil. He looks forward to it patiently while the solid receives the winter and spring rains. You, too, must be patient. Steady your hearts, because the coming of the Lord is at hand. Do not grumble against one another, my brothers and sisters, lest you be condemned. See! The judge stands at the gate.

At that time Jesus and his disciples returned once more to Jerusalem. As he was walking in the temple precincts the chief priests, the scribes, and the elders approached him and said to him, “On what authority are you doing these things? Who has given you the power to do them?” Jesus said to them, “I will ask you a question. If you give me an answer, I will tell you on what authority I do the things I do. Tell me, was John’s baptism of divine origin or merely from men?” They thought to themselves, “If we say ‘divine,’ he will ask, “Then why did you not put faith in it?’ But can we say ‘merely human’?” (They had reason to fear the people, who all regarded John as a true prophet.) So their answer to Jesus was, “We do not know.” In turn, Jesus said to them, “Then neither will I tell you on what authority I do the things I do.”