July 22 The Holy Myrrh-bearer Mary Magdalene, Equal to the Apostles; Translation of the Relics of the Holy Bishop Martyr Phocas 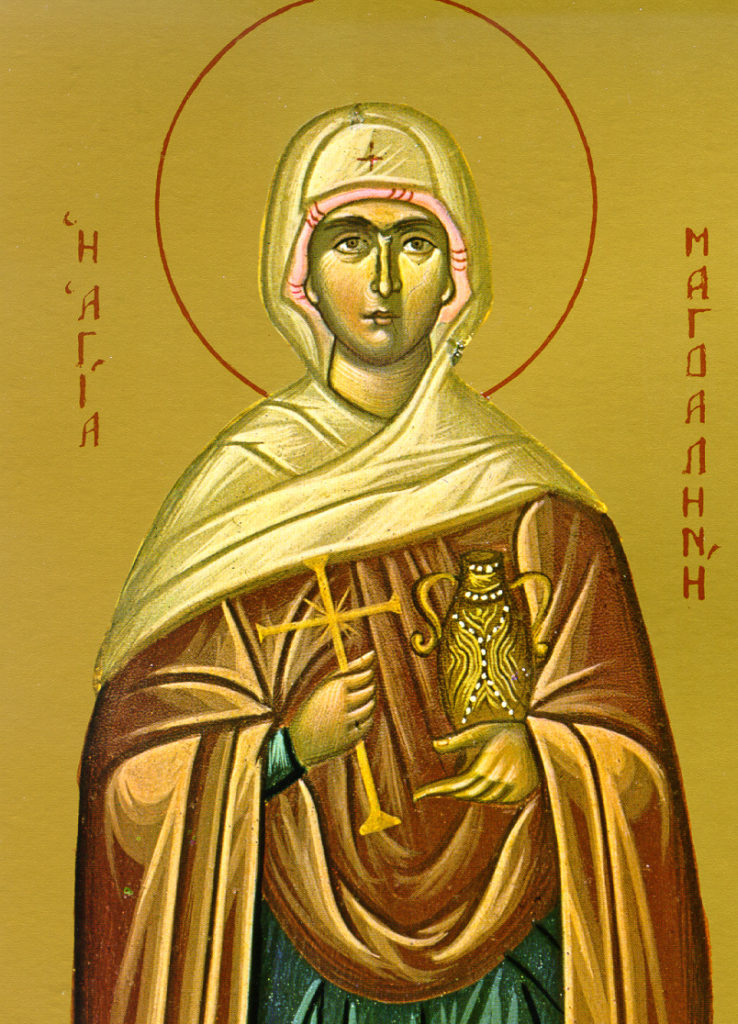 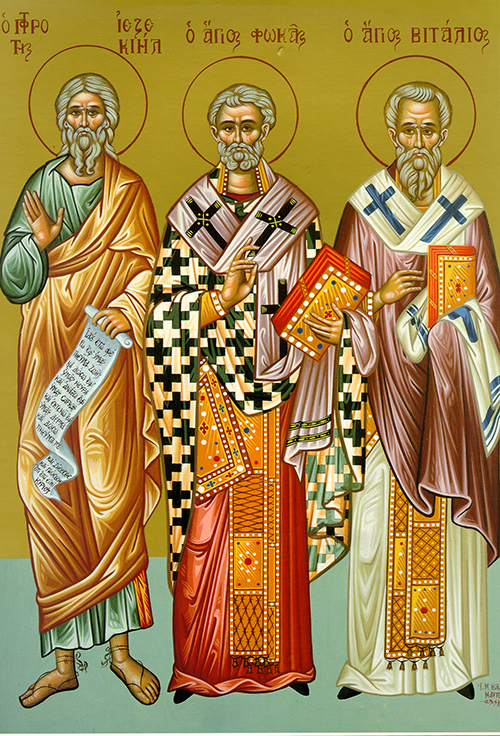 The holy myrrh-bearer Mary Magdalene, equal to the apostles, who, freed by the Lord of seven demons and made a disciple, followed him even to Mount Calvary. At the break of dawn on the first Pascha, she was found worthy to see the Savior risen again from the dead and to bear the news of his resurrection to the other disciples.

The holy bishop-martyr Phocas was bishop of Sinope, a city on the Black Sea. His relics were taken from Sinope to Vienne in France in the 13th century, and today is the feast of the translation.

You followed Christ who was born of a virgin for us, keeping his laws and observing his decrees, O Mary. In return we observe your holy memory that our sins might be forgiven through your prayers.

O holy priest-martyr Phocas, you lent yourself to the apostles’ way of life and succeeded them on their throne. Inspired by God, you found the way to contemplation through the practice of virtue. Therefore, you became a perfect teacher of truth, fighting for the faith unto the shedding of your blood. Intercede with Christ our God that He may save our souls.

You stood before the cross with the others, O glorious Mary, and you cried as you suffered there with the Theotokos. You opened your mouth in praise, saying: How strange this is that He who upholds all creation has deigned to suffer. Glory to your power!

As a pastor who offered sacrifice, you bore witness to Christ with justice. Strengthened by angels, you yearned for death. At last you offered yourself as a sacrifice to Him who abides among those who sing to you. Stay with us, O father, and never leave us.

Brothers and sisters: I am going into this [advice] for your own good. I have no desire to place restrictions on you, but I want to promote what is good, what will help you devote yourselves entirely to the Lord.

If anyone thinks he is behaving dishonorably toward his virgin because a certain critical moment has come and it seems that something should be done, let him do as he wishes. He commits no sin if there is a marriage. The man, however, who stands firm in his resolve, who while without constraint and free to carry out his will, makes up his mind to keep his virgin, also acts rightly. To sum up: the man who marries his virgin acts fittingly; the one who does not, will do better.

A wife is bound to her husband as long as he lives. If her husband dies she is free to marry, but on one condition, that it be in the Lord. She will be happier, though, in my opinion, if she stays unmarried. I am persuaded that in this I have the Spirit of God.

Now about meats that have been offered to idols. Of course we all “know” about that. But whereas “knowledge” inflates, love upbuilds. If a man thinks he knows something, that means he has never really known it as he ought. But if anyone loves God, that man is known by him. So then, about this matter of eating meats that have been offered to idols: we know that an idol is really nothing, and that there is no God but one. Even though there are so-called gods in the heavens and on the earth – there are, to be sure, many such “gods” and “lords” – for us there is one God, the Father, from whom all things come and for whom we live; and one Lord Jesus Christ, through whom everything was made and through whom we live.

Not all, of course, possess this “knowledge.” Because some were so recently devoted to idols, they eat meat, fully aware that it has been sacrificed, and because their conscience is weak, it is defiled by the eating.

At that time Jesus passed along the Sea of Galilee. He went up onto the mountainside and sat down there. Large crowds of people came to him bringing with them cripples, the deformed, the blind, the mute, and many others besides. They laid them at his feet and he cured them. The result was great astonishment in the crowds as they beheld the mute speaking, the deformed made sound, cripples walking about, and the blind seeing. They glorified the God of Israel.