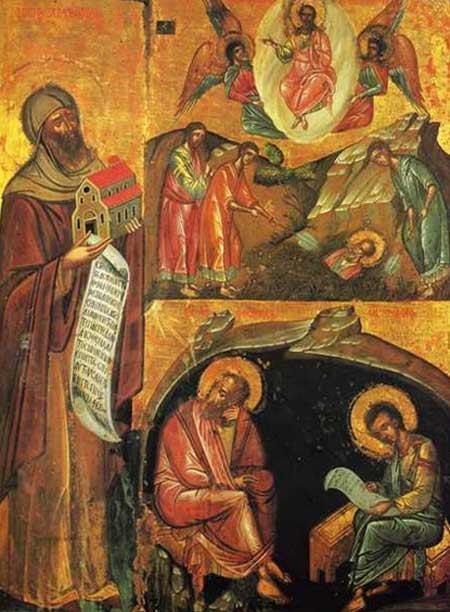 The Holy Martyr Sabinus was administrator of the Egyptian city of Hermopolis. During a persecution of Christians under the emperor Diocletian, St. Sabinus and some like- minded companions hid in a remote village. His hiding place was revealed by a certain ungrateful beggar who had brought him food. The saint used to feed him and help him with money, but the man betrayed him for two pieces of gold. Sabinus was seized with six other Christians, and after torture, they were drowned in the Nile in 287.

The Holy Martyr Papas lived in the city of Laranda (Asia Minor) during the reign of Maximian(305-311). They arrested him for his belief in Christ. His feet were put into boots with sharp nails hammered into the soles, and made to walk. They took him to the city of Diocaesarea and later to Seleucia, Isauria to stand trial. St. Papas died bound to a barren tree, which then became fruitful.

O God-bearing Sabinus, strong sprout of heaven, divine flower and fruitful branch, fill with joy those who venerate your memory and pray unceasingly for all of us.

Noah was six hundred years old when the flood came upon the earth. Together with his sons, his wife, and his sons’ wives, Noah went into the ark because of the waters of the flood. Of the clean animals and the unclean, of the birds, and of everything that crawls on on the ground, two by two, male and female came to Noah into the ark, just as God has commanded him.

If you are wise, wisdom is to your advantage; if you are arrogant, you alone shall bear it.

Woman Folly is raucous, utterly foolish; she knows nothing.

She sits at the door of her house upon a seat on the city heights,

Calling passersby as they go on their way straight ahead:

“Let those who are naive turn in here, to those who lack sense I say.

Stolen water is sweet, and bread taken secretly is pleasing!”

Little do they know that the shades are there, that her guests are in the depths of Sheol!